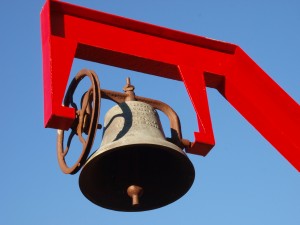 When I look at education I see a system plagued by deficiencies based in fear. Fear of losing your job yields the tenure system. Fear of disrespect and accountability breeds the total control of the classroom. Fear of financial security becomes an expansive retirement system. Fear of failure results in a lack of excellence. All of these are real, tangible issues that cannot be fixed without a shift in the power structure.

I do not know the history of how this began. I assume like other organized protections for working groups, it was a response to mistreatment. What I see today is a system that allows good people to avoid the very stimulus that can drive them to greatness. I have heard teachers describe how they have taught the same subject the same way for twenty years. In what other industry is it possible to not change and still be successful? The answer is none because it makes little sense. If there is a principle we can look anywhere and see it is the old adage “If you are not moving forward, you are moving backward, there is no standing still”. The tenure system removed any real possibility of a teacher losing their job for poor teaching. How could a coach run a sports team if he could not bench anyone that had been there for six years? What players would even pay attention to the coach? Outside forces have driven some improvement in education, but real growth cannot occur until we push excellence back into the classroom. I am not proposing we abolish the tenure system, I am suggesting it is too far reaching and actually destroys the initiative most teachers have when they begin their career.

Control of the Classroom

Recently two surprising situations occurred that upon investigation I found to be far more common than expected.  The first was student benchmark data not being available to building administrators until reviewed, and revised by the teacher and department chair. This is completely irrational and is obviously counterproductive. Not much to add, simply wrong. Your boss should be able to review your work product without a filter. The other situation was far more troubling. After many years on our local school board I recently found out that many of the reports coming from the building were prepared and delivered without being reviewed by the building administrators. It is obviously circumventing the authority structure like the benchmark data situation but it is far more troubling. This has been the norm and everybody knew but administrators did not even discuss it. The problem is administrators allowing this kind of a culture to become standard. You simply cannot have accountability without transparency. Teachers, like any other professional, need to be protected and respected. Doctors, lawyers, engineers, and other professionals are all accountable. Their performance is measured and they are reap the rewards of good or bad behavior. Teachers do not have that accountability and that needs to change for education to improve.

Twenty or thirty years ago teachers were the most underpaid professionals in our society. This was wrong and needed to be fixed. It is simply no longer the case. In our community, and many around our area, teachers are some of the highest paid workers. Despite this I regularly hear comments from teachers about “I am not going to get rich teaching” or “I don’t get paid enough”. What a bunch of hooey. Here is the reality. Very few professions still have a retirement program. A few unions, government workers, military, and teachers are about it. Teachers are not only well paid, they can retire with a solid pension after 20-30 years depending on the state. If a teacher is motivated, they can then go to a neighboring state and earn a pension there. I know of more than a few teachers that have taken advantage of this. I do not begrudge them at all, kudos to them for the hard work. I plan to encourage the continued funding of their retirement system and support it 100%. What I take issue with is the attitude. Stop whining and acting like you are unappreciated and disrespected when it is not true. It might have been true twenty years ago, time to move on. It is time to be accountable like other professionals, this is critical to improving education.

A fear of failure is an acid that erodes excellence. In a culture lacking accountability those who work around you are intimidated by high performance. I learned this very directly when I was in college. I was working to pay for my expenses and landed a job at the post office distribution center working the night shift. When I went to work I started sorting packages and, as I was taught, worked diligently and efficiently. The first night I was pulled aside by the manager and scolded for carrying more than one package at a time. The culture was set up to discourage people from working hard, for a long time it has been the same in education. This may be hard for some to hear but it is the truth, people cannot manage themselves. We all need outside stimulus to keep us moving in a positive direction. That stimulus has been stolen from teachers by the system. Excellent teachers have fallen into mediocrity because excellence was not expected. I truly believe in our ability to change, we just need to truthfully embrace the reality of the culture that permeates our schools. We need to push to be the best we can be.

We need teachers and administrators that are good for kids. If we address these issues we can remove the “me” oriented nature the last few generations were taught and truly move forward. The concept was said really well by our superintendent, Dr. Steve Brotherton, last year during his interview process. He talked about the need to move from a teacher centered classroom to a student centered classroom. Where it was not about what the teacher would teach that day, but about what the students would learn that day. A subtle but powerful shift that will require some other changes to really work. I sincerely hope we can do it for the good of our kids. I do not believe we can revamp the system without being able to retrain the educators.