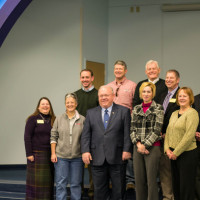 Affton School District hosted a Legislator Breakfast on Jan. 3, providing members of the Board of Education and district administrators an opportunity to meet with state political figures and discuss timely educational issues. After a tour of the new Affton Early Childhood classrooms and facilities, as well as a visit with the Parents As Teachers […] 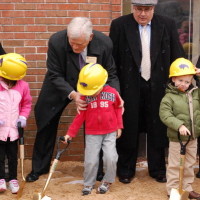 “Approximately 150 people turned out for the groundbreaking of the new 72 child Affton early childhood education (ECE) center at 9832 Reavis Rd. on Tuesday. “We consider the early childhood program an investment in our community and our children,” Superintendent Steve Brotherton said before the crowd headed out into the light snow for the official […]

“Incumbent Scott Sifton and newcomer Mike McNeil won a three-way race for two seats on the Affton School Board in elections held last week. Sifton, the current board vice president, was the leading vote-getter with 861 votes, nearly 45 percent of those cast. McNeil, who garnered 39 percent with 758 votes, will replace Board President […]

“The Affton School Board approved some $61,000 in Proposition 1 projects at its meeting last month. The board approved a bid from William Tao & Associates to design the plan for installation of air conditioning at Affton High School and the administration building. William Tao was the low bidder at $42,900. The high school is […]