“Approximately 150 people turned out for the groundbreaking of the new 72 child Affton early childhood education (ECE) center at 9832 Reavis Rd. on Tuesday.

“We consider the early childhood program an investment in our community and our children,” Superintendent Steve Brotherton said before the crowd headed out into the light snow for the official moment. 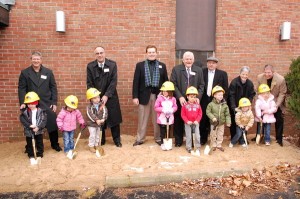 Current students at the St. George early childhood facility wore cougar hard hats as they dug into a patch of sand in front of the building with child-sized shovels—with a little help an encouragement from the Affton school board members posing with them for pictures.

Depending on the readiness of the contractors construction on the former industrial building may begin as early as Wednesday. The contract was awarded on Nov. 29 to ICS Construction Services, which had the lowest bid of $2,573,700. The center is scheduled to open at the start of the next school year.

“This has been a fast tracked project that’s happening,” Affton School Board President Michael McNeil said.

Affton had been looking into starting its own ECE facility for the last five years, considering at as many as 25 other potential locations before finding the Reavis building for sale by Pro-Pipe, an industrial sheet metal company, business director John Brazeal said. After purchasing the property, the district pursued the project at full speed with the help of a 40 person committee that met for several months. 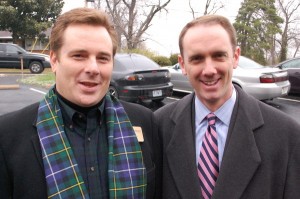 “We got some good bids, and we are getting to do everything we wanted,” Brazeal said. This includes unique textures, patterns and other teaching elements that turn regular corridors into learning environments.

The Reavis building, originally built by Mac Electric before it was sold to Pro-Pipe, is a large industrial space with a metal shell. Brazeal said the district would basically be creating a “building within a building”—an effort that is much cheaper for the district than starting from scratch.

The 19,000 square foot industrial building that will house the Affton Early Childhood Education Center will feature:

Enrollment for full-day and part-day programs is expected to begin soon, with students beginning in August 2012.

The Affton School Board also recently set the tuition prices for the new facility.”

Printed in the Affton-Shrewsbury Patch on December 7, 2011