I was recently reading a report on Child Welfare and Adoption put together by the US Department of Health and Human Services and presented to Congress¹. The most recent report covered data up through 2011.  I was researching this topic because of comments I have heard others make related to such statistics and I wanted to see what was true. 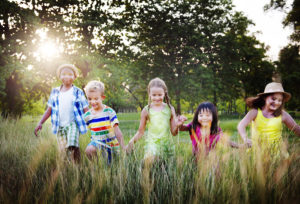 Here is one example that I have heard a number of people say. It is the idea that If one family in every church in America fostered a child we would not have any kids in the foster care system. This sounds very compelling and possibly quite important so I investigated. Here is what I found.

The report cites 407,000 children in the foster care system on the last day of 2011. According to the Hartford Institute for Religion Research there are roughly 300,000² Christian churches in America. Of those approximately 177,000 have attendance of less than 100. So far this all kind of sounds workable.

But there is more to the story and here is where the whole broad statement starts to break down. The transitory nature of the statistics is startling. In 2011 247,000 new children entered foster care and 240,000 exited the system. That means during the course of 2011 there were actually 647,000 kids that were in the system at some time (This number needs to be corrected for those that entered and left the system in the same year). When you look at the real data over a 7 year period and extrapolate 2014, the perspective changes:

When you factor in children that remain in the system year to year and allow that some of those are adopted each year, it seems likely that over 1.8M kids were part of the foster care system over the last 8 years. That is staggering and a far bigger problem than the statement that caused me to research the issue. Does this mean the situation is hopeless? Of course not! Over that same period 421,791 kids were adopted by permanent families and that is a very good thing even if it is only a percentage of the affected kids. Those are real lives forever changed by being a part of a family.

Adoption has, and continues to be one of the greatest blessings we have to give. I have been observing over the last few decades a persistent devaluation placed on adopting children often by the very people with the most to offer. This is a bridge I am hoping the church in America can build. It is one that will change countless lives, both the kids and the adoptive families. The foundation of the Christian faith is the idea of redemption and adoption.

We are blessed because of adoption and I sincerely hope that God’s people will open their hearts to receive the children in our foster care system. As a church, we will be blessed if we do.