There are only a couple of weeks left before the 2016 election season is over. Like many, I am disgusted with the process and what I am witnessing. This year is bringing out the worst in so many, many people. I started working elections as a teenager and cannot remember such an emotional, divisive campaign. Here we are, for the first time in history, where an extremely polarizing election is happening during the social media age. One only has to spend a short time on Facebook to see post after post filled with fear, anger, venom, corruption, abuse, denigration, nastiness, and yes even real deplorables. 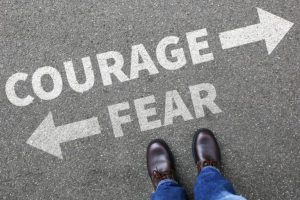 This platform of social media is giving voice to many who otherwise would have been quiet and the noise is deafening. I am very concerned, not about the election, or POTUS, or SCOTUS, or constitutional rights, or bathrooms, or global warming, or the name of the football team in the nation’s capital. I am concerned with the broken relationships that are occurring and the damage being done to important human connections. I have been really stunned by the number of posts I have seen in my feed asking people to unfriend them if they disagree with them.

People, we need each other. Elections like this one put strains on family relationships and friendships alike. They destroy casual friendships and end business connections (Ask Peter Thiel). I for one plan to have the same number of friends next month as I do now, maybe more. Recognize what is causing this ugliness we see posted on social media by any side. Fear, anger, and self-righteousness, these are the real culprits.

I was talking with a friend last night about freedoms vs. liberties. Freedom is an illusion, no man is truly free, and the struggle to be free is driven by fear. We are all driven by something, whether it be our own desires, money, God, or something else. What we do have in this country is liberty, and it is precious. Liberty is the option to choose without an oppressive authority imposing restrictions on us. Allow your family and friends the liberty to choose this election cycle without implication.

Unfortunately social media has given power to many who do not understand these implications. I have been told that if I am a Christian, I will vote a certain way. I have been told this by many people, not just one. This is a widespread phenomenon. People being driven by fear are infringing on the liberties of others and they do not realize it. They think they are right and because the implications are so big then whatever they say is justified. This kind of justification is really self-righteousness wrapped in fear.

It is at times like these that I appreciate the meaning of these words spoken by Jesus in the sermon on the mount.

“Blessed are the peacemakers, for they shall be called sons of God.” Matthew 5:9

It is time for the sons of God to stand up and be counted. During this election the country needs you.