The Communication Gap Between Education and The Tax Payers 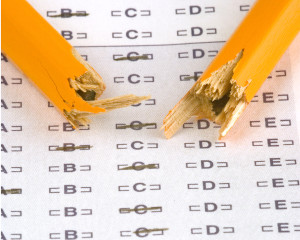 Any time a critical institution loses the trust of its constituency there can be severe consequences. The current lack of communication between family-focused Americans and the schools that educate their kids is staggering. It is difficult being in a position where I can understand both sides, grasp the different terminologies, see the many things that are the same but misunderstood, and still I cannot bridge that gap . I mostly cannot bridge the gap locally because of emotional response, broad stereotyping, and simple plain stubbornness.

First, let me establish something I feel strongly about. Most people do not have bad intentions. People do make bad decisions but rarely is it intentionally bad. Conservatives see the destruction of freedom in every act that occurs in our liberal dominated schools. Liberals see intolerance in every conscientious stand made by conservative families. Both are typically wrong.

Most bad decisions on both sides are made because of bad information, poor assumptions, or a lack of understanding. Ill intent is not a legitimate contender. Liberals in the classroom end up sharing their beliefs and influencing kids by simply being present and reflecting who they are. They are not trying to indoctrinate and poison. Conservatives do not have a desire to create concentration camps for “undesirables” and purge society of anyone different from them, they want to help people live a full happy life. The NRA is not the evil institution liberals assume it is, the NRA does a lot of good things. The NEA is not the evil institution conservatives think it is, they help a lot of kids. Both of these institutions have also done a lot of damage to our society. I will discuss that further at another time.

These assumptions have led to the possible, real destruction of one of the most important institutions in our society, public schools. How many of our influential leaders hail from humble beginnings? How many of them would have made it through college? Before we destroy one of our most important institutions in this country I really hope we can begin a sensible dialog.