Day 2 in San Jose, and I need to give the same disclaimer as yesterday.

“You can find more information at the conference website (http://www.redesignconference.com/). I will run through the sessions and attempt to communicate those points I found especially poignant. Much of this will be iterative, in that the presenter had a point, I may have heard it as they intended it or applied my own analysis to it. Either way, I should qualify that all of these ideas are not mine but at the same time many of these ideas were not the presenters’. That should be clear as mud!”

What We Can Learn from Disruptors – Carrie Whitehead – Zappos

What We Can Learn from Maps – Eric Rodenbeck – Stamen Design

What We Can Learn from Gaming – Christina Wodtke – Publisher, Boxes and Arrows 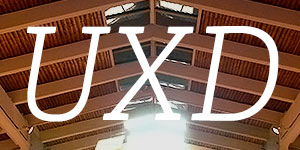 The story of Netflix and Blockbuster are a cautionary tale for any business. 5 years ago Blockbuster was in excellent financial position, expanding markets, a solid business. The markets and Blockbuster scoffed at the upstart Netflix and its business model. The truth was, complacency had invaded Blockbuster and today they are bankrupt while Netflix, despite missteps, is growing and positioned well for the future. The moral of the story is incremental improvements to business are important and powerful but CANNOT substitute for innovation. We need to look ahead, see patterns, see opportunities, and innovate.

We need to design for one task to touch many channels. Retailers like Amazon have to consider this. Users might browse on a tablet, phone, pc or tv. They might review products on the tablet and complete orders on the pc. They might manage gift lists from their phones or make media purchases there through apps. They might stream movies on their accounts from their tvs. All of these are part of a single task arriving from multiple touch points.

Quick technology geeked out moment and an example of good design: I am editing this post on my Chromebook Pixel. I have my notes open in Evernote in a window to the left of my editor. I can scroll in the Evernote window by placing the mouse over the background window and moving two fingers on the touchpad. I can do this without changing focus from my editor. I can scroll in Evernote while typing in my blog editor. Excellent design! 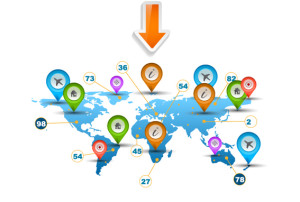 Mapping data sets is both an old discipline and one that in many ways is brand new. Over the millenia maps have been key to many things. They told stories about the land they described. Cartography is collected as a highly prized art form. Maps today have been reduced to a simple tool. Very little depth is present. Sure, you can make it look different with the treasure map layer on Google, but there is not a story there.

When we consider data in various systems we can choose to look at the numbers in tabular format or visualize data in graphs, charts or tools. If we take this a bit further and “map” the data in multiple dimensions, unusual patterns are visible, new questions are raised, and a greater understanding of the data is possible. The human interface for interacting and exploring this data still needs to be developed. Hollywood has its ideas, and we all know how realistic that is. It is clear that we are very close to being able to tap into historical data at a level that was impossible previously.

When we do map data there is an opprotunity to return to the storytelling of mapmakers of old. We can intentionally weave a manager’s job description in how the data is presented and manipulated. We can provide the “rest of the story” to a busy executive wondering how effective his workforce is many levels of management isolated from him. We can empower users with predictive inputs to help them make wise decisions in their businesses.

Big data no longer means collecting snapshots, it means collecting everything. The election in 2013 was an unprecedented opportunity to both track and influence social networks. The Obama campaign partnered tightly with Facebook and Google to provide daily inputs that directed the campaign. Every night 66k election simulations were run and analyzed, data was constantly challenged and tested, and changes in strategy were implemented. They had deep access to millions of voters’ data, during an emotional election season, with a crescendo of activity culminating in the election. What a researcher’s dream.

One use of social media was really surprising to me. The campaign had a list of undecided voters. They mapped those voters on Facebook in many ways. What photos were they tagged in? Who were they friends with? Who did they share with? Where did they live? Then they would measure the influence of their supporters with those voters using the same metrics, and score the “influence factor” of that supporter. Then they would send messages from the campaign giving supporters instructions regarding who to talk to. By this method and the election day vote efforts they estimate they swung 5 million voters nationwide. This is greater than the margin of public vote victory for the president. 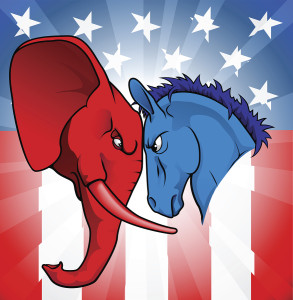 Two other efforts, “The Life of Julia” and the explanation of Obamacare were both very successful. On both of these initiatives 75% of the users stuck through the application all the way to the end. This is a very high retention rate. The Obamacare app moved people through the legislation from 4 different inputs, through 500 paths, to 8 conclusions. Both of these applications flowed against the resistance we have to clicks in design.

One last conclusion from the campaign discussion was the way they drew people into donating. The entrance page for donations was very simple, the user simply selected an amount. There was much information that needed to be filled out but the user was not presented with this until they decided to give. The user rarely backed out once they made that decision. They found this far more effective than the past approach of presenting users with forms prior to the donation moment.

Game designers identify user types when building a game. These consist of killers, achievers, socialites and explorers. Another list is expressers, competers, explorers, and collaborators. There are similar patterns at play in a business when interacting with their enterprise applications. Executives, managers, workers, and administrators all have similarities in both personality and job description to these categories. If we map both personality and job against a category of user we can learn something about how to build an interface suitable for their use. It appears there is fertile ground in this area that could yield increased productivity.

In a media-cluttered world we crave things both immersive and memorable. We need to remember that when building systems. We cannot incorporate whimsy and humor in everything we do, but there will be opportunities to do so. Our users and clients will thank us if we do.

Now that I am through the conference I feel like I can put down the firehose and absorb this information. What a valuable experience, and a conference I would highly recommend.