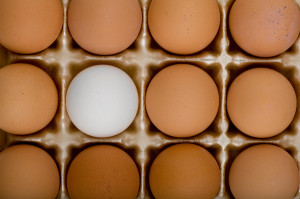 And standing for it…

All too often in our society trying to figure out what a political leader believes is about as easy as keeping track of a teenager. Just when you think you understand where they are coming from, they say something stupid. There are really two aspects to this problem and it will take courage to fix the first and discipline to fix the second. In order to restore the trust of the public in our leaders they need to stand for something and be consistent about it.

The first problem that keeps us from understanding what our leaders believe is their willingness to influence through innuendo. Our leaders are constantly evoking an emotional response through intense statements that mean very little. They then can move from side to side on an issue based on the wind of public opinion. Our leaders no longer drive public opinion, the media play a larger part in that. I believe this is a big part of us making no progress on issues like deficit spending and national debt. I would encourage everyone to watch how their elected leaders handle these issues. When the public is concerned about the financial viability of the country, is your congressman only expressing the “need” to address the issues? Do your elected representatives then run for the hills when an impetus to affect Medicare or Social Security hits the headlines? When leaders lay out the need for change, the path that can be taken, and then emphatically stay the course, that is when we make progress on tough issues.

The second problem is the public’s willingness to destroy a candidate or an elected official as soon as some assertion of impropriety is made, no matter how credible. We have to look no farther than the primary season in the Republican Party last year. One by one, the candidates that had the boldness and the strength to foster change were eviscerated in the press, often on the basis of rumor that was later proven false. What the party ended up doing was putting forward a candidate who stood for very little and lacked the conviction to convince the American people. This happens on the Democratic side of the aisle as well.

This is where it will take discipline and patience by the media and the voters to even allow change to occur. The court of public opinion needs to stay in session until the facts are known, not until the excitement has worn off. Leaders who have the character and the fiber to change our world will most certainly have stepped on some toes along the way. We want such men in office and we should allow the entire vetting process to occur before they are discarded like dirty rags. In our current system, a vengeful enemy of a candidate of character can easily destroy them. They also destroy our hope for change, so we must do our part to move forward.

When I reread the last two paragraphs, it seems impossible to change. However, throughout human history significant changes in society have occurred in the face of such odds. It takes enough people to demand a shift in a nation, and massive swings can happen, often without the bloodshed that occurred during some periods in history. Just a few examples:

My point is simply that change is possible, no matter how impossible it seems. It will take a broad commitment to elect leaders of character. It will take a willingness on the part of these leaders to take a chance, stand up and lead. I sincerely pray that this generation is the one that decides to stand for something.
In editing this writing for publication, I realized that these issues apply to organizations as well. They apply, but in a slightly different way. I was pondering why some long standing organizations fade into irrelevancy and why some thrive and impact our society. I will not infuriate by naming names but there are lots of examples, think about organizations that were in the headlines and driving policy for generations through the 20th century. Some are still doing so and some are not. Why?
I believe it is whether they clearly understood their core beliefs and defended them that makes the difference. Others go the path of compliance and essentially abandon their reason for existence.  Just like politicians, organizations that stand for something make a difference. Organizations that do not should pass into oblivion. Some are facing that crucible right now, you know who you are!