I was heading north from West Palm Beach on the Florida Turnpike–possibly the epicenter of American vacationland. This artery begins in orange groves, touches upon Orlando and Disney, and extends almost to the Everglades, providing access to some of the most extensive beach developments in Florida. 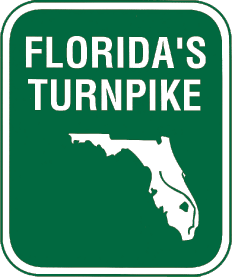 Astonishingly, the tollgates read “Cash Not Accepted” at many of the exits. As things shift in American societal norms, it is easy for well-established institutions to develop in unexpected ways

The origin of the Turnpike in Florida was an agreement between the government and private landowners to provide access through large swaths of rural Florida. Prior to the construction, travel through central Florida was primarily rural state highway and quite inefficient. As a similar example from my youth, we would travel from St. Louis to Kansas City on US 40 prior to the construction of Interstate 70. I was young and the trip was all day and took around 8 hours. When the interstate was completed you could travel from Downtown St. Louis to Kansas City proper in under 4 hours. My guess is the Turnpike/Interstate in Florida dropped travel time from Orlando to Miami in half as well.

This enhancement of access was the primary goal that inspired the creation of the Turnpike. It opened up commerce, work opportunities, and tourism throughout the state of Florida. Over time Toll Roads in many states shifted from simply paying for themselves (operation/profit) to contributing to the funding of expansion and even contributing to the general fund in many states (See Illinois for a perfect example). To put it simply, they became another source of taxes paid by consumers. This transition of focus from access to taxes has resulted in some unintended consequences like many other government programs run amok. 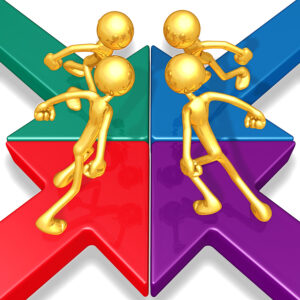 In Florida the desire for efficiency has moved them away from accepting cash and bearing the operational load of managing real money. The irony is thick when government no longer accepts cash payment. But that irony is not the focus here. The unfunded mandate that all citizens that use the road must have a bank card or credit card is preposterous. There are many productive people who simply prefer to operate on a cash basis. Banks are private, for-profit institutions and a “free” country should not require that I do business with one to drive on its roads.

My hypothesis is that the majority of travelers on the turnpike are middle class and lower. They are concerned with finances so they do not just jump on a plane to get somewhere. I would further hypothesize that the majority of cash-operating citizens are in the same group. I do not think it is an unrealistic jump to imagine hard working people who originally benefited from the Turnpike being excluded by the no cash rule. It is something that strikes me as a very bad path for our government to follow.

There are other government mandates that appear to be very problematic. The national healthcare mandate that is central to our current political wrangling is also worrisome. Fixing skyrocketing healthcare costs by putting it under government control strikes me as an over-reaching federal solution to a state problem. If you read the Supreme Court decision it was clear the deciding factor was the totality of reform while turning a blind eye to the mandate. The federal mandate is still wrong, just like it is wrong to force citizens to have a bank card.

There are mandates that do make sense. Requiring children to attend some sort of school, requiring drivers to have a license to operate a vehicle, and requiring physicians to be certified all make good

sense. It is very frustrating these days to watch the political fighting. We have two parties, one is for big government and “regulation nation”, the other is for very small government and “trickle-down economics”. Where is the party that wants a federal government that is the right size and focuses on commerce, defense, and liberty? Where is the party that wants our states to manage what they should: focusing on social, Infrastructure, and life safety issues? If we do not find one soon we will find ourselves with more overt class warfare than we see today.