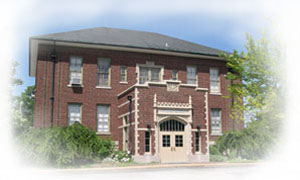 When I joined the Affton School District Board of Education in 2007 I did not understand much of what I was getting into. I had attended meetings, I had met with current board members, I had even met with the sitting superintendent. I had done my homework so I was prepared. My research on the internet and care for children did not prepare me for the plethora of terms and labels that I was to be assailed with as I entered board service. I was confident coming in that my understanding and common sense would carry me through. Little did I know the challenge I faced.

When I met with the outgoing board member I was replacing, he urged me to fight for more accountability in the classroom. He challenged me to work to improve the education of the kids now that the A-Team had done its work. I was the first board member in what would constitute a complete change of the guard in the next three years. I did not know it at the time but the board I was walking into had run its course and accomplished its goals.

Prior to 2004 the districts buildings were in decay and our teachers salaries were among the lowest in the area. There was a long academic tradition at Affton and we had a number of dedicated staff, but it was slipping. Much longer and some of the buildings would require extensive repairs and the quality of education would continue to suffer. That board found its mission, to rebuild our facilities and prepare the district for the future. They created the catchy and well named A-Team initiative and charged ahead. They successfully engaged the ready and willing Affton community and worked to pass the bond issue of 2004.

The monies from this bond issue were used to air condition and renovate the buildings. It was used to initiate an aggressive adoption of technology throughout the district. An extensive and aggressive construction schedule ensued. The list of projects was long but there was a commitment to excellence and it showed. The construction projects were in their final phases when I entered the fray in 2007. The district had facilities that were clean, restored, and ready for kids. We then embarked on an effort to finally get our teacher salaries up to the County median where we belonged. The teachers in Affton were more valued by the community than their pay level indicated.

What the former board lacked was a vision for change that was required in the culture of the district. This is not a criticism but simply demonstrates that everyone has their role to play. That board accomplished their objective effectively. They left the district in a better place than they found it. What was needed was a different kind of change. Not the change you find in physical structure, but a change in culture that can lead to academic excellence.

It was clear to me early on that this kind of change was necessary but it was very difficult to grasp what needed to be done. Everywhere you turned there were new terms to learn. When you started to form an opinion there was ample opportunity for anyone opposed to muddle the situation. And like the truth or not, there were those in the process that did not hesitate to use these tactics. Some of them are no longer with the district and some are still there. Thankfully that approach is no longer a part of our culture. At the time this was immensely frustrating, and it angers me when I look back and see we could have come along faster with transparency and honesty.

So 2007, my inaugural year on the board, became a process of trudging through the mess. Knowing that the facilities were almost finished allowed my focus to be on the plate of spaghetti in front of me. The problem was the island I found myself on. In public service, especially volunteer positions, an individual has a window of effectiveness. There are exceptions to every rule but that board I entered had accomplished its goals and we needed a new group for the challenges that were in front of us. I was in the minority on almost all the educational issues of the time. My sense of what needed to be done was clearly different than our standard mode of operation in the district.

I used that year to begin the process of understanding our systems. To learn the terminology. To get a feel for the programs. I was very fortunate to initially be placed on the board committee dealing with curriculum. This was a place I felt my passion could be used, and I might be able to make a difference. The process was slow but there was progress in that first year. I was often surprised that my questions were interpreted as hostile. I was certainly probing but my effort at the time was focused on understanding, not critiquing. As I look back I think there were some who knew they were doing things the wrong way. That I find shameful and unacceptable. I have learned we need to do what is best for kids, we need to judge programs and staff with these glasses on. Are they good for the students? Is this person looking out for the students? Are they focused on their growth and education? These are the questions of the day in 2011, and I am thankful.

I left my first year on the board with a sense of frustration, but armed with knowledge that would serve me well in coming years. Everything has a beginning and those early days can seem long and fruitless. Looking back I am glad I persevered and held the line on what I did. I regret not making more noise on a couple of fronts but hindsight is 20/20. It was time for change, and change was coming.