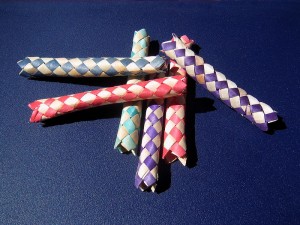 Watching the rotisserie of new candidates be feasted upon by the media is endlessly frustrating. The over analysis of comments, the search for errors in ideas, the constant anticipation of miscues, these are all irrelevant to the issue at hand. We are trying to select a President, not identify who is the most perfect. On the GOP side, the current target is whomever has the momentum. From what I can tell mainstream Americans are tuning this discussion out. They do not care if a particular candidate yields completely to the “party” platform. I have seen many articles in the last two weeks citing differences that Herman Cain has with the party he looks to represent. I sincerely doubt his beliefs match those of the GOP.

This supposed dichotomy within the Republican Party is similar to the coverage of the Democratic Primary last election. This underscores the issue we face with our two party system. Cain and other candidates are chided for not aligning perfectly with a platform, Democratic candidates faced the same pressure. If we had three or four more parties I believe many of these individuals would leave the radical flock they now travel with. I see some of the most intelligent and promising candidates moving away from the two parties, if they had even a chance to be elected in a different, more centrist party.

In our two party system you have to “tow the line” of a major party get the funding necessary to get elected. This is a fundamentally flawed system that causes candidates to lie about their beliefs. These lies often come out at inopportune times and lead to embarrassment and discontent. We would have a far more representative government if people had four, five or six parties to choose from. Candidates would campaign with more honesty, not hiding their true feelings on issues. A more intelligent debate and sharing of ideas would be possible.

I personally know “liberal Democrats” who really believe in limited government. I know “conservative Republicans” who do not believe in legislating morality. These leaders have to carefully speak in order to not offend the power base in their party. That is not what we want in our leaders. We want substantive debate of ideas that can lead to progress in this nation, we do not need a constipated divided two party system. The parties we have are controlled by radicals at opposite ends of the spectrum. As long as the money for election to office comes from these power bases we will not see change. As long as “Mr. Smith” cannot go to Washington, we will not see our countries political sphere revitalized.

As I have considered running for an office beyond local school board I have struggled with this issue. I cannot feel good about aligning with either of our two parties. It is one thing to typically vote a certain way, it is another to sign on to a platform. Our political system is bound by chinese handcuffs that tighten with every cycle of elections driving the two parties to further and further extremes. Even today you cannot hardly have them in the same room. We are shocked and stunned when we find party members who are friends, how silly is that?

Leveling the playing field with election funding will go a long way to opening our political system up. We need additional parties to save this great republic. Many blind loyalists will not see this and be motivated by fear. We need to set aside our political arrogance and believe that intelligent debate will lead to good results. The debate itself will re-educate voters on the issues and I believe will empower more change than our current system allows. Lets apply a little laxative to our politics, we might feel better.