After reading an article in this October’s Smithsonian1 magazine my mind has been racing with the truth woven in the fabric of its subject matter. The article was on Jefferson’s Bible and the points touched upon are profound to me. Jefferson is obviously recognized as a founding father of our country, he is memorialized and scrutinized on a regular basis. Here is a man whose faith in God is often questioned by Christians because of the very existence of his bible. Jefferson compiled his book titled “The Life and Morals of Jesus of Nazareth” after his two terms as president. 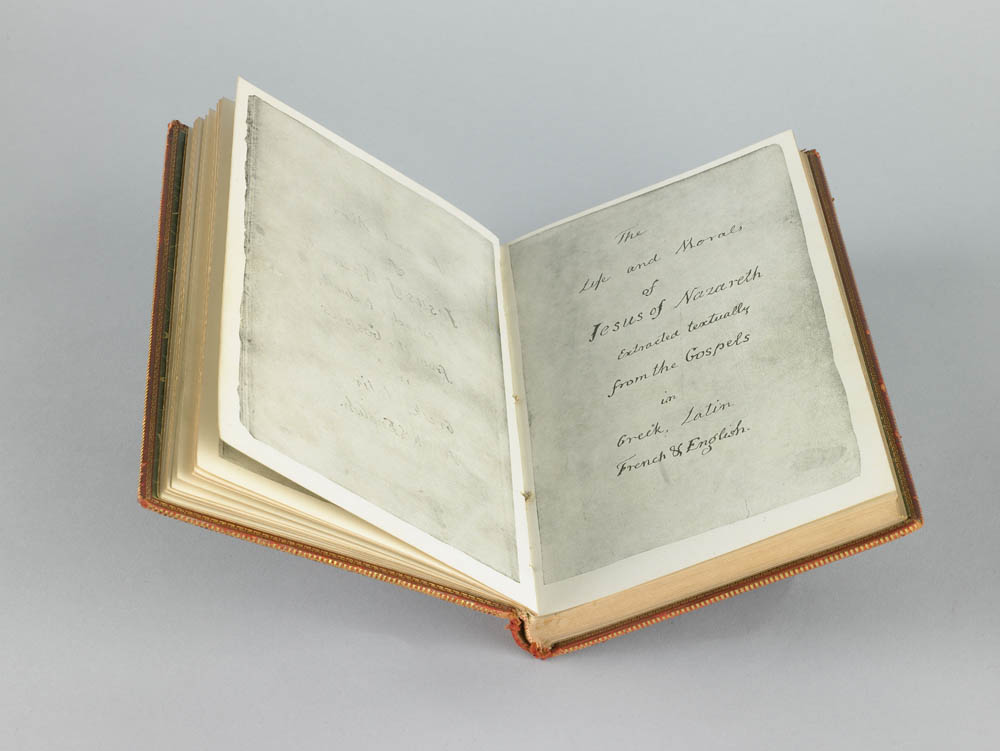 There is one concept that Jefferson clearly understood. His relationship with God is deeply personal and individualized. This is a concept easily overlooked by most people. He did not create this book to be published, he only acknowledged its existence to a few friends. Yet he poured over its creation with great effort, cutting scripture passages that he found poignant and pasting them into a personal scrapbook of teachings. What a powerful message is here for us all. We each as individuals have the opportunity to walk our own journey with God. We will share some of this with each other but most of it will be only known to us.

A second concept I saw in this article was Jefferson’s clear reticence to discuss religion in either his writings or in public. I do not know why he felt that way but it does cause me to stop and evaluate the role my faith plays in my public life. My role at the local level of government does bring me in contact with moral issues. What is my responsibility there?

When an individual is called to make a decision on an issue does he simply follow his own conscience? Being a representative government, when should personal views be set aside for the feelings of constituents? These are fundamental questions that have haunted elected officials since the first republic. The journey through answering these questions is fertile ground for growth and leadership development. I am certainly still in the process of working through these questions myself, and I look forward to the day that I can clearly articulate my understanding.

In the meantime I will continue to seek to understand what I can of the leaders that have gone before us, the perspective they have shared, and the example they have set.