For the last few elections a growing undercurrent has started to swell. There have been more and more incidents of voter fraud being reported on each election cycle. But even as we hear reports of abuse, we hear little of consequences–either punishment or prevention. No one of any consequence accepts responsibility. This is a serious problem that I hope we address quickly. 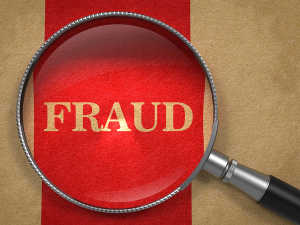 In the 1970’s, after the Watergate scandal, the American electorate made a strong move toward apathy and skepticism regarding government. This was somewhat mitigated by the resignation of a president and the results of the next election, which gave the feeling of power back to the people. I am concerned that a systemic propensity to voter fraud, with no charges being made against a responsible party or leader, will create a prolonged and more disastrous move toward apathy in the coming years. At a time when we need voters to engage to set the course for our nation, we run the risk of pushing Americans away from our representative government.

Here are just some of the articles from this election cycle. I know many of them are from one side of the aisle but where there is this much smoke there may be a serious fire. Just like Republicans would do well to understand why reasonable people would believe the way Democrats do, Democrats would be well served to pay attention to voter fraud concerns. As a society we need to stop dismissing those who we disagree with, a point I have made on a number of occasions.

As we move to electronic voting, voter trust in the system is paramount. We need to guard this like we would any national treasure. America is built on representative government. It is why we have thrived over the last 2+ centuries. Both parties are working hard to increase voter engagement, if it turns out one of them is systematically defrauding, the public will be slow to forget it.

The best thing we could do is to put safeguards in place. The following are a few of the ideas that would help:

Implementing these and other mechanisms will help increase confidence in our system of government. It will aid in the fight against voter apathy. Imagine this country if we could achieve a 70-80% voter engagement. I believe that would really help us have a government that truly is representative of the people, not just a few.