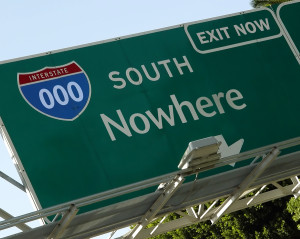 I am equally bemused and concerned by what is going on in America this week. All parties involved: Republicans, Democrats, media, the public are reacting in a predictable, destructive way. History looks to be repeating itself despite entire books over the centuries devoted to avoiding just that outcome.

We are currently in a partial government shutdown that is the result of traditional partisanship and gridlock in Washington. Look at the following that are going on today:

The bottom line is that we live in a selfish society. We have been taught to individualistically take care of ourselves and our family. This is taught by television, games, schools, churches, movies, it is the American way. It appears this is blinding us to the fact that life can be very unpleasant if society stops functioning.

This was really obvious in ancient times. If your wall was breached, you were at the mercy of the conqueror. There is a reason we all understand the concept of raping and pillaging another culture, it was commonplace. What makes us think America is impervious to devastating hardship?

I have no idea what the answer to my question is, but I plan to be watching very closely. What will our selfish society do when the government cannot sate our appetites? Whether it be food, healthcare, subsidies, grants, or loans, so many people are dependent on Uncle Sam for so much. My experience of taking away privileges in small situations gives me pause when I consider the possible mob reaction of a populace conditioned to being fed.

Some may wonder how this could possibly relate to the events of this week. Here is my perspective on the subject by individual group.

This appears to be the ultimate “sour grapes” fight being played out on the largest stage possible. The party appears to be so selfish, and so focused on their political agenda that they feel it wise to shut down the government. Some will argue that the President is at fault, but everyone knows who tied the defunding of the Affordable Care Act to continued funding of the government. The perspective of the leaders of the House were so skewed by their agenda, and so closed-minded that they thought this was an appropriate action. This kind of behavior is why Republicans are perceived as uncaring and unloving by the general population. This is an abuse of power and America can see it clearly.

There was no high road taken here. At every turn since the sequestration cuts kicked in, they have looked to make things as painful as possible for the public. While this might be politically astute, the lack of concern for public consequences feeds the belief that Democrats just want power and will do anything and give away anything to get it. This breeds further distrust by a large segment of the population, and it is justified. We are spending money to take web sites offline (NOAA et al), and locking down some public sites takes more staff than keeping it open (unstaffed memorials).

I have heard just as much partisanship in the press and on broadcast media. Both sides are so focused on the agendas and the consequences that the larger picture is being missed. The media continues to react and support whatever ideology they are aligned with. CNN with the left and Fox with the right, the reaction and contradictory coverage is very obvious to any clear thinking individual.

This one is more unknown to me because I only interact with an infinitesimal part of the population. What I do hear is focused on self. Most of the debate seems to stem around the perceived value of healthcare reform or access to National Parks. Really?!? Please tell me the average American is smarter than that! When the government shuts down for lack of funding this should be a rallying cry for change. Not for partisan, big government or small government argument, but for real change in how we govern our country. The consequences of defaulting on debt are even more serious and those are rapidly coming down the tracks.