“The changes being made to the controversial Kenrick Plaza site plan by developer GJ Grewe may delay the project by several months, or even call into question the future of the Walmart-anchored redevelopment. 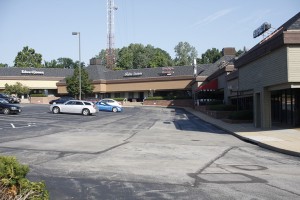 Shrewsbury Director of Administration Jonathan Greever said it would be at least 60 days from the moment he gets the go-ahead to reconvene the commission before the TIF would be voted on. The commission would have to meet again, ask the questions it may have about the updated cost/benefit analysis and then set a date for a public forum. With winter holidays coming, it could be March or later before the process gets back on track.

“It’s a hard thing they are trying to do,” said Affton School District business director and TIF commission member John Brazeal, who worked on a similar project as a city administrator in Arnold. “They didn’t start this to end up where they are today.”

“I think we are back to starting over,” Brazeal said of the TIF commission process.

Greever said he didn’t think that Grewe’s changes to the site plan would require the whole TIF process to start over. Instead, he described the process as being “suspended.”

Greever also said that if the changes require the retail spaces to be smaller, and therefore less profitable, that would be a major problem.

The changes were announced to the TIF commission at its Nov. 9 meeting. Mark Grimm, special counsel to Shrewsbury on this project, said the changes to the plan and revisions to the cost/benefit analysis by planning consultant firm PGAV would likely take about a week. Several weeks later, however, the city canceled the public hearing on the proposed $20 million in TIF assistancescheduled for Nov. 30.

Shrewsbury Mayor Felicity Buckley has said that the increased tax revenue from the $48.9 million redevelopment is necessary to help the city pull out of its budget deficit.”

Printed in the Affton-Shrewsbury Patch on December 9, 2011