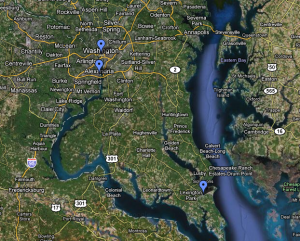 FoxBusiness published some information today based on recent figures from the Census Bureau. Stunning information abounds in the first few slides. The top three cities in the United States for per capita income are in the Washington D.C. area. The top three! The wealthiest group of people in our country do not reside in Hollywood, Silicon Valley or even New York City. The money in our country resides in our capitol. This flies in the face of the current tax rhetoric. The current thought is that either our wealthy business leaders or the uber-rich are not paying their fare share. What lawmakers conveniently ignore is the luxury in which they fulfill their elected obligations. I want our capitol to be doing well, but it should not be the wealthiest part of our country by a large margin.

In the latest round of “tax the evil rich”, the irony is the discussion revolves around the “other” rich, not the ones who have lined their pockets with our tax dollars. Do not be deceived about the poor public servant. At all levels of the federal governmen employees are well paid and generously compensated. They have extensive retirement pensions and other benefits. The party lines on this subject are sickening. The Democrats want to increase taxes on the rich but not close the tax loopholes that allow most of this money to avoid taxation. They will talk about the loopholes but none of the proposals actually do anything about them. There are reasons most wealthy Americans have a highly compensated tax accountant on retainer, those reasons do not include charity. The Republicans want to change the tax law across the board but not increase taxes on wealthy citizens. They lose track of the real problem. The tax rate does not need to be raised, all the money not being taxed needs to be reigned in. If we did this, the tax rate could actually be lowered. Catch the irony here, this is all just talk, neither party has any intention of raising their own taxes.

Our tax code clearly needs to be revamped. I personally believe we need a simple tax across all demographics. No loopholes, no exclusions, a simple rate across the board. If all of the money flowed through the system instead of around it our overall tax rate for basic services would not be very high. Estimates have it at anywhere from 5-9%. The most controversial group to include in this would be the poor.

In my experience people do not value things given to them as much as the things they invest in. If low income workers do not actually invest in our government they will have little reason to care about its direction. We want people concerned about the best direction for the country, not who will increase their government check. The best way to do this is to have everyone paying some taxes. People feel empowered when they contribute. They walk a little taller, speak with more authority. A little personal pride can make all the difference in obtaining a good job, or excelling to the point of promotion in the one you have. It can make the difference between dropping a can on the ground and carrying it to the next trash can. We need to show people they can contribute and make a difference. We need to value people and urge them to contribute, not de-value them by handing them perpetual money. Whether you like it or not there are a growing group of Americans that are dependent to the point of addiction. They count on their government handout for their very existence.

A number of “flat tax” proposals have been floated over the years. Many of them are poorly thought out and do not provide funding for important roles within government. They are simply headline grabbers and the product of attention seekers. Many of these proposals are used to attack certain programs that may be a favorite target of the author. Some do not provide any details about transition funding or planning, obvious holes. In order for a plan to be seiously considered, a lot of thought and effort will need to be put into the impact on existing programs. What programs are important and need to be preserved? What programs simply need to be phased out? Our government needs to go back to doing their intended job, that will cost a lot less money.

It will be a siginificant challenge to get anything substantive moving. Our current parties are two sides of the same tax coin. They appear to battle on opposite sides of an issue like taxation but the results they would put in place do not look radically different. The difference in their plans resides around the middle class. This group seems to be the target for increased taxation. Their is simply too much wealth in the D.C. area, it is hard to believe they will voluntarily lower their standard of living. We need to send people to Washington that do not have the deep ties to the established power bases. That is our only hope for change. We saw a few get there in recent elections, we need to send more.

The wealthiest city in America should not be Washington D.C.!