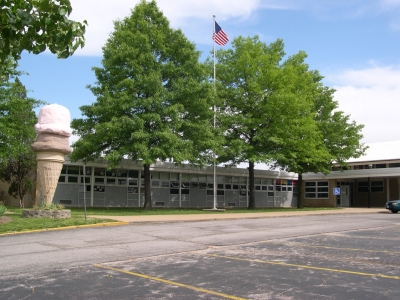 “With unknown drops in state funding on the horizon, Affton School District officials are reconsidering their budget plans for next year.

After falling behind on fully supporting the public school funding formula for several years, Missouri is now looking at different ways to reallocate state money for schools next year—all of which appear to mean budget shortfalls for Affton.

“There are all these scenarios floating around, and we don’t know which we will end up with,” Superintendent Steve Brotherton said at Tuesday’s school board meeting. “We hope that there is some kind of legislative solution at some point.”

The proposals circulating around the Missouri state legislature have been shifting quickly, but the default response if no action is taken would be to reduce state adequacy targets. Adequacy targets refer to the amount of money the state believes it takes to adequately educate a child in Missouri. If they are lowered, many districts would see dramatic changes in funding—to the tune of $680,000 in Affton.

“It really shifts dollars around statewide,” Affton Business Director John Brazeal said. The Mehlville School District, for instance, would lose around $1.4 million under this adjustment, while other districts, called “hold harmless” districts, could gain more than $1 million, Brazeal said.

“It would be particularly difficult for us,” Brazeal said of lowering adequacy targets.

According to notes Brazeal presented to the school board, state funds account for approximately 8 to 9 percent of Affton’s revenues. Changes in adequacy targets could reduce the district’s budget by 3 percent.

Proposals circulating in the legislature would spare Affton much of that fiscal pain. One, the proration proposal, would freeze funding at its current rates in the failed phase-in of the foundation formula. This would mean only around an $80,000 loss for Affton from its expected budget.

Another proposal, which blends the two strategies and puts a floor on district losses, would put Affton out close to $100,000.

Unfortunately, the district is unlikely to know their fate until the end of the legislative session next spring. In the meantime, Brotherton said the district would be planning for the “worst-case scenario” next school year.

Brotherton said the district will also need to consider this future budget uncertainty as it soon approaches contract negotiations with district teachers.

“It’s a 3 percent cut in our overall budget if we take that loss, so we just have to figure out how to do that,” Brotherton said.”

Printed in the Affton-Shrewsbury Patch on November 17, 2011