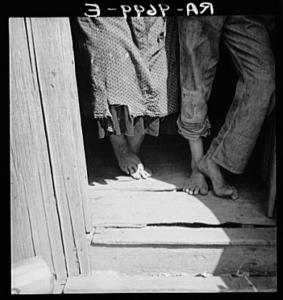 When we hear the term entitlement, many of us automatically think of welfare and government checks. We have an image of people living in delapidated housing, drinking too much and buying cupcakes with their unearned money. This may be representative of a small percentage of those receiving government help, but we are fools if we think that is all entitlements are. America has become an entitlement state within every race, class and group I can think of. An entitlement by my definition is any right, money, or privelege a person feels entitled to just because of who they are. Entitlements are not always bad either. All Americans are entitled to vote for example. There are other entitlements we have in this country, if confused give the Constitution and Bill of Rights a read.

Like many other things in life it is when we get things confused that problems arise. Americans all over have come under the delusion they are entitled to an easy, comfortable life. We have begun to confuse opportunities with entitlements. This country, known as the land of opportunity, has been set up to allow people to be successful. It was never intended to guaruntee that everyone would be successful.

Let’s start wth the upper class. There exists in our country a segment that believe they are better than everyone else. They believe that they are entitled to the wealth passed down to them by their parents. People like this tend to congregate in exclusive places and seek the company of others that were similarly fortunate. I call these people the “Lucky Sperm Club”. The entitlements these idle rich feel they deserve are privilege and luxury. In my experience if you look up the family tree you will see an ancestor that seized the opportunity in this country and built something lasting and fantastic. Our government caters to this class with tax breaks and seats at the power meetings that drive our legislation. Our leaders seek their financial contributions and trade integrity for dollars.

The upper middle class is a different animal. Many folks in this class were raised in nice neighborhoods and lacked for nothing. They received a car on their sixteenth birthday and never understood adversity. Their parents sent them to a good college and they got decent grades and embarked on a professional career. Lawyers, doctors, professors and entrepeneurs are some of the people I place in this class. When pushed they would not say they are better than anyone else but their actions say otherwise. They hate to wait, will not go to certain parts of town, and will only shop at certain stores. Without realizing it, they are feeling entitled to their lifestyle. They will run up their credit card before adjusting the monthly budget. Many of these folks are highly leveraged and living in homes far larger and more luxurious than they need.

I could go on and talk about the lower middle class sometimes referred to as the working class. I could talk about the lower class, farmers, and other groups. I hope my point is somehow becoming clear. Much of the challenge we face as a country stems from the fact we expect certain things to be permanent that we earned at one time. We also have continuously rising expectations regarding our lifestyle that are not sustainable. If we want our economy to thrive again, if we want to be the leading nation in the world, we need to stop consuming and start producing. Since when was someone entitled to a retirement of ease and relaxation? Even worse many believe they deserve to indulge themselves and no longer need to contribute to society. That is an unrealistic fantasy that an entire couple of generations believe. Many honestly believe that the younger generations would have pensions, retirement checks and golden parachutes if they just worked as hard as previous generations. We need to pop this foolish bubble before it is too late. The generations coming up need their parents and grandparents to preserve their wealth, not squandor it.

It is not too late to fix our economic, political and social woes. All is not doom and gloom for the future. We need people to stand up and start looking out for those around them instead of focusing on themselves. If everyone in this country focused on others, the change would be dramatic and rapid. Teach those around you to look outside of themselves, to literally follow the forgotten “golden rule”. This is the best way to get out of our entitlement mentality. The best way to find a future that is bright and even a bit relaxed.