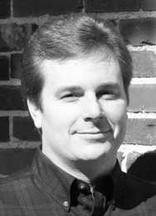 “Voters in the Affton School District on Tuesday elected Michael McNeil and Christopher Castellanos to the Affton Board of Education.

McNeil, a 41-year-old electrical engineer, will serve a fourth term on the board. McNeil collected the most votes of the three candidates, 2,156, in winning re-election.

Castellanos, an attorney and parent of two children, is new to the board. He is president of the Affton School District’s PTO and is a member of the school improvement steering committee. Castellanos received 1,892 votes.

Falling short in his effort to win election to the board was Jason Slavik, 34, who as an operations manager touted his background in fiance. Slavik received 1,424 votes.”

Printed in the South County Times on April 9, 2010