If I have learned anything the last few years, it is that the political parties are incapable of fixing our political problems. This has been demonstrated clearly during the crisis of race relations in 2014 and continuing into this year. We have one party that claims to want to address the problem while instigating further animosity, and another party that stands on the sideline making racially insensitive comments.

The truth, as I know it, about race relations: 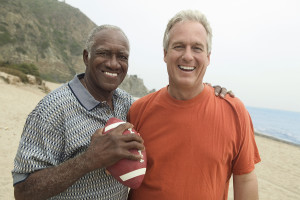 All people of any race have equal value. The differences we have should be legitimately appreciated. I for one would not want to live in a world where people were all of one color. My kids graduated from Affton High School where we have dozens of different cultures, skin colors, and beliefs represented in a modestly sized student body. The respect in that school for all students demonstrates to me it is possible to get along.

The racial tension in North St. Louis County is valid. I grew up in Florissant, next door to Ferguson. I know about the goofy courts in the small municipalities that dot North County. The municipalities make their income on many tickets and fines. The legal bias against the poor is a widespread problem. The line of enforcement in North County is clearly racial.

Bigotry is alive and well in the United States. I read it in Facebook comments, where underlying racist currents pop up in surprising places. I hear words that I thought died with my great-grandfather’s generation in social media and in person.

I witnessed profiling while a teenager during the 1980’s in Florissant, MO. Police would “randomly” pull over teenagers late at night, the idea of a curfew was far more prevalent in society back then. One time we had a car with four guys in it, one black. They searched the black guy…despite the fact that he was well dressed and obviously clear-headed. The rest of us were not touched and were set apart. One incident, but it was indicative of the attitude where I lived.

Democratic policies on welfare have gone too far. We have created a whole class of people that are dependent on the government. We need to face that bribing people for votes works. We have inner cities that are automatic when it comes to voting Democrat in elections.

In a way I do not blame them for voting this way because Republicans all moved out. Republicans, in large part although many Democrats moved as well, became the “white flight” we saw in St. Louis and other metro areas in the late 20th century. In essence, those that were fiscally conservative moved where property values were more stable instead of staying to fight for their communities.

The solution, as I know it, about race relations:

The best way to solve this problem is for mainstream Americans of all races to get involved. To be frank, anyone that has successfully held a job, raised a family, and sent children out to productive jobs at any level, is qualified. If you meet those criteria you are qualified to mentor those that need to find this path.

If every working American would take the time to mentor one person in this way, we could turn America around in a number of areas. Thankfully we still have the numbers to make this happen.

There is one other critical piece that we need to stop removing from the equation. We need to bring God back into the discussion. I have seen Him change lives firsthand. The constant degradation of Christians and our beliefs is hard to get over but we need to push past it. The Bible tells us we will be hated for stating the truth. Just like there will be many that like this blog post up until they get to this paragraph.

Bigotry is sin. As Christians we are equipped with truth, goodness, peace, faith. We have a path to salvation and a right relationship with God through Jesus Christ. He has given us the Holy Spirit and his Word(Ephesians 6:10-18). There is no mystery in fixing race relations, we just need men and women who believe God to stand up and do it.