When looking at the origins of a tech product the view can be quite murky. With so much at stake, a lot of effort and manpower goes into the products we use today. Often these are iterated so many times it is hard to know where the roots of the idea came from. The origins of Google’s Chrome OS  are just such a beast and the full truth may never be known, not because someone is hiding something, but because it is lost in the massive effort involved. 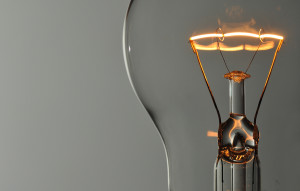 I learned this very clearly in the 1990’s. I was fortunate to be involved in the launching of a number of network switching technologies. I was part of industry advisory panels on some high profile projects. On my various trips out to Silicon Valley I witnessed waves of brilliant minds putting forth ideas. I even had a few winners of my own that ended up in production. Innovation in a large company is chaotic and only a gifted forensic investigator would be able to track down the origins of some of these ideas.

To understand where this particular animal came from you have to look both inside Google and out. Most great ideas are built upon concepts executed elsewhere and to say that Google singularly invented this powerful, disruptive platform is naive. I see three clear points of innovation when I consider the Google Pixel and the OS that I am writing this article about.

A couple of reference points can be found below.

Coverage from Steven J. Vaughan-Nichols can be found here.

Clearly Jeff Nelson  is a very intelligent engineer who had some really innovative ideas at the time. The ideas behind the OS in RAM, and light and fast are obvious Chrome OS attributes. I would also observe that the simple fact he was awarded a patent AND his post is still online are a sign that he is not full of baloney. If his claims were bogus, the post would have been removed long ago. I think the truth of his claims are simply lost in ambiguity.

Aside from Mr. Nelson I would imagine there are hundreds of brilliant engineers that worked very hard to launch the platform. I for one would appreciate seeing these innovators recognized in some forum. They simply did really good work and are changing the face of computing. Disrupting Microsoft and Apple in the same move is quite an accomplishment.

In order to understand Chromebooks you have to look at them in the context of both of these product categories. Essentially any of the new models of Chromebooks released in the last year give you the best of both tablets and netbooks. Netbooks were a response to bloated Windows computers that were loaded with crapware and a user nightmare from the time they were purchased. The original netbooks were based on a lightweight linux distro and were really good at navigating the internet, reading email, and interacting in social networks. They also provided a sound platform for basic content creation and editing. Sound familiar? 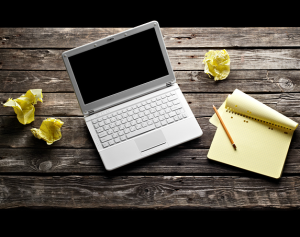 Microsoft immediately responded with thinning down Windows XP and leaning on all their partners to kill the linux option. I believe this doomed the platform because very rapidly netbooks became bloated Windows computers that were loaded with crapware and a user nightmare from the time they were purchased. They were just cheap Windows machines and remain so today.

Tablets come from the smartphone and the cloud. They are also really good at some of the same tasks as netbooks but are founded in ready access to data from anywhere. There is typically very little stored locally in a tablet and usage is focused around interfacing to network and cloud services. This platform is at its peak at the moment and its future is a little unknown. I think the next twelve months will tell us a lot.

I am still amazed by this product that never was. The Foleo was touted as a Netbook back in 2007 but was referred to as a Mobile Companion. The story of how the industry pundits killed a device that was in full production before it actually launched is an interesting tale but one that is told elsewhere. One of the original stories of the demise of the Foleo can be found here. 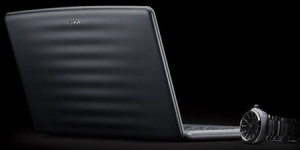 What I want to focus on is the visionary function. The focus of this device was really centered around productivity. At the time this was developed we were limited to smartphones and laptops for mobile connectivity. Laptops struggled  with battery life and were encumbered by long boot times. The combination of the two left highly productive people frustrated with their limited ability to generate value while on the move. Smartphones were fine for consuming content in a limited way (small screen) but creating content was very difficult.

Palm spotted a way to provide smartphone users a tool to be productive. This goal was in focus with their past. The original Palm Pilot was conceived as a “data bucket”, the Foleo envisioned a way to readily create and interact in a flexible way with your data. Unfortunately we will never know if this product would have worked with its obvious limitations. The biggest limitation was it needed a smartphone for email, really silly in hindsight and I wonder if this would have been immediately fixed if the product had moved forward. Alas, Palm chased another operating system and failed. Now just a grease spot in the road of progress we can only wonder what might have been.

All of that rambling aside I hope you can see a few of the influences that likely drove the development of the Chromebook and ChromeOS. We may never know who actually invented the idea of the Chromebook but we can acknowledge all those that influenced its creation. As the platform emerges from obscurity to the limelight I am certain many people will move to take credit for this revolution.

One side note to those tech old timers. Look at all the platforms and the percentage of computing devices based on a linux kernel. Looks like the good guys won and Chromebooks would have never happened without the open source community.