When I consider the Chromebooks I use, I constantly think of the future. The constant, steady expansion of features. The improved choices in the marketplace. The coming waves of new applications. I tend to think of what it can do, not what it can’t. I have realized this is the core problem with the mainstream tech media’s approach to the platform. How quickly we forget the history of other platforms. I constantly hear comparisons and lists of what a Chromebook cannot do. 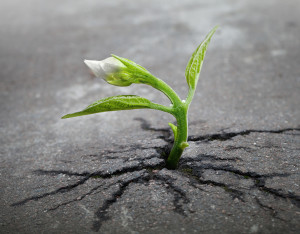 Computers have some basic hardware components today across platforms. They have processors, graphics engines, memory, storage, ports, screens, and keyboards. Chromebooks use the same components as most computers on the other platforms. Yes, there are some ARM (smartphone style processor) based Chromebooks, but most are now coming with standard Intel desktop/laptop processors. ARM is coming fast, but that is for another day…

I will make the same argument I have made a number of times. With a Chromebook you have a computer that will be better six months after you bought it. The platform has not hit the obsolescence cycle yet. It will, of course, but we have not arrived. The platform is on the rise and it has the potential to permanently change the landscape. Consider these four major features of a Chromebook:

The Chromebooks use the same hardware as other computers and have these features listed above. Who, in their right mind, thinks this is not going to work? If you still think they will fail I cannot help you, but I do believe you will be disappointed.

There is one other major piece of the puzzle coming into focus. This is a platform that the market is rushing towards. I am not talking about the user market, although that appears to be happening. I am talking about the developer market. Everyone in this space is rushing headlong into developing web applications. Even Microsoft has ported Office to the web. Every corner of the software industry is rushing to get onto this bandwagon. If you do not believe me please talk to any developer you know. Very little new effort is going into R&D of large monolithic apps. If you know of some, please share, I am in the industry and aware of none.

This is a very unique place to be. Google does not need to coerce developers to build apps for the platform. The marketplace is on a convergence course with Chromebooks. As these apps arrive, which they are every day now, the platform has the 4 enormous features listed above; security, speed, ease of use, cost. I am absolutely thrilled with the prospect of having a investment like I have in this Pixel, pay off so well. I have a better computer over 12 months after I purchased it. How amazing is that? 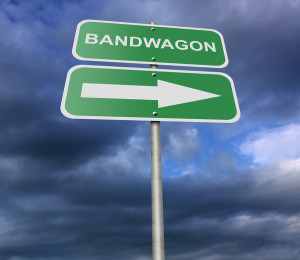 All of this convergence is also opening up doors to a future imagined in movies and science fiction for many years. I am able to walk up to any computer I have access to, login, and have my applications and tools at my fingertips. This is available to me on any platform, centered around Chrome. Believe me, corporate IT with vision is watching the platform very carefully. We are very close to having a true flexible computing environment available for workforces all over the world. Oh, and remember those big 4 features? They matter to business as well.

I really hope more of the tech and mainstream media can pick up on the truth of the platform very soon. Chromebooks are good for consumers. They can radically cut down on the malware issues, especially when combined with the excellent spam catching ability of Gmail. The media prides itself on pointing out what is best for us, hopefully they will see the past for what it is and recognize the future. Chromebooks are still accelerating and that $200 Chromebook you bought 2 years ago as a novelty is more powerful today than it has ever been. Who would not want that kind of investment?