Back in 2011, when I started converging my writings in a blog, I felt it was important to start off with a focus on humility. The years since have been fascinating. Looking back I can see some areas in which I have grown. I am also able to see more clearly aspects of my life that need additional work.

I am titling this article phase 2 instead of part 2 intentionally, you can read the initial post here. I am clearly a work in progress and I hope to be constantly growing and improving my entire time on this earth. A piece of growth is solidifying past lessons in such a way that we primarily push forward and only fall slightly back. Think of it as I am striving to reach a new plateau or norm in my writings. 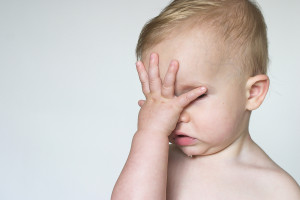 The past couple of months have been a time of deep learning and recognition. It has become increasingly clear to me that my ability to be humble is far more mature in verbal communication than when I write. It is easy for my writing to become sarcastic and sensational where I would be measured and careful if speaking to a group. When speaking to an individual I am often (certainly not always) conscious and empathetic regarding the impact of my words on the other person. There are two situations that brought this crisply home to me. One is related to business and the other directly to my writing about political topics.

The first relates to two clients that I have in my software business. During the course of a long project it is very normal to have a point of tension right before the project breaks through. This is true in many aspects of life and is summed up in the saying “It is always darkest right before the dawn”. It is sometimes difficult to show visible progress in software much like it is in other industries like construction. Much time is spent building the framework, infrastructure and systems, but that progress is hard to see as a user or business owner. The visible features appear to be inconsequential when compared to the final goal. It so happened that two different projects reached that point about the same time.

The first customer was a far more serious situation, the relationship was weaker, and the chance of failure was much higher. In this circumstance almost all of my communication was verbal. We spoke on the phone, we met together. This project came to a point of crisis and the customer specifically said they would continue because they trusted me, not because they saw success. We moved forward and within weeks the customer was able to see all the valuable progress they had feared was not there. They saw that everything we told them was true and the project is now successfully in production.

The second customer was one I had a great relationship with. The situation was not nearly as dire, and the time frames not nearly as critical. In this circumstance my communication was written, specifically email. Communication over weeks degraded to the point of cancelling the project. Looking with a critical eye at my communication led me to the conclusion that my written words were possibly interpreted as arrogant and caustic. Based on what happened I think it can be assumed that they were. I am convinced that if I had spent my time on the phone with this customer and met with them in person that project would have moved forward successfully.

The other circumstance that brought this point of humility forward again was a series of posts, some published and others not, about political topics. Thankfully I have people around me that I can send my writing to for feedback. The input from some men in my life has been fairly consistent, but not truly absorbed by me. One of them put it this way:

“Take out every statement that could be construed as negative and advocate for what you believe. Don’t lose your message by trying to persuade critics.  Critics see what they are looking for.”

I have completed about six drafts of that article and I am still finding nuances of this truth that lead to further changes. I have come to some conclusions regarding myself that I plan to continue to push for. This is not to say all controversy should be removed from writing or it is never appropriate to elicit a negative response in your reader. These situations are likely few and far between just like it would be in verbal communication. If you are constantly negative in speaking to someone, the relationship is non-existent or deeply damaging.

I have renewed my commitment to be focused on positive change rather than criticism. This will require work because it is very easy to become sarcastic and poke fun at others. It is much harder to communicate complex ideas without making that negative contrast. I think it is important that I strive for this as a point of personal growth.

Here are some guidelines I have laid out for myself. I would welcome any feedback that helps me stick to these principles in my communication. Let me know when I stray off the happy path, I will endeavor to swing back! Here are my guidelines:

Many would question the value of this public introspection. I think it is vitally important to anyone that wants to be a public servant. I know it is counter-intuitive and I quite possibly might be tilting at windmills but I believe it is right. If I move forward into any additional public office it will be as a real person, not a persona. I am flawed, I make mistakes, so does everyone else in history except One. Hopefully by continuing to address these things I can get closer to the man I want to be and be more effective serving those around me.