My article titled “Who really invented the Smartphone“, posted a year ago continues to draw a lot of traffic. I thought it might be appropriate to tackle the newest member of geekdom to garner public fascination, the tablet. It really surprises me when I see very educated people blindly associating invention with whatever is currently popular. Sometimes true invention does occur but more often than not an old idea is finally plausible to execute on a large scale.

Also read “Who invented the Smartwatch” 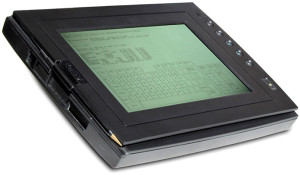 While mentions of electronic tablet use for specific purposes goes back to the 1800’s (Yes you read that correctly), I associate the development of the modern tablet to the visionaries that were mid-century science fiction writers. You can look specifically at Isaac Asimov’s novel “Foundation

” for what appears to be the first reference of a tablet computer (Calculator Pad) that operates like the current tablets we know today. I wonder if this was the inspiration Jeff Hawkins (Inventor of the Palm Pilot) used in developing the GRIDPad, the first modern tablet in 1989. Yes folks, tablets were invented BEFORE smartphones.

The Palm Pilot really changed the way I interacted with my information. I have spoken previously about how having a data bucket in my pocket changed the way I worked forever. I just do not see the Palm Devices as tablets in the modern sense. Today, they would fall into that Phablet catagory that currently includes a number of products like the Samsung Galaxy Note series. In order to be considered a tablet it must be at least a threat to my laptop. It needs to provide full power user capabilities.

My first tablets were a pair of Toshiba Dynapads that I purchased in 1994. It was a Windows based machine with the following specs: 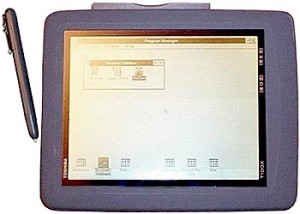 My dream with these devices was to use them as the interface to automate aspects of my home. Specifically lighting and audio-visual. They turned out to be decent machines for showing off modern technologies but not really for use. There was no networking built into the device so you had to fight a PCMCIA network adapter to even connect them. At the time I was running pre-standard 802.11b wireless and it was unreliable at best on the Toshiba. I think the hardware was sufficient to be usable but Microsoft was not at a point where Windows was workable on a device like this. This occupied a place on a shelf for many years before I sold them, one of my first ebay sales.

It was not until 2000 that I tried another tablet computer. This time around it was the Electrovaya Scribbler SC-800. At that time my company was evaluating one to one laptop initiatives for a number of private schools. One of the biggest hurdles was not wireless coverage but battery life. We were looking for a battery technology that would allow a student laptop to run the entire school day without a recharge or swapping batteries. The Li-Polymer battery manufacturer was Electrovaya and they had developed the Scribbler for Microsoft as a proof of concept device. Bill Gates showed it off when Microsoft introduced Windows XP Tablet PC in 2001 at Comdex. The SC-800 had the following specs: 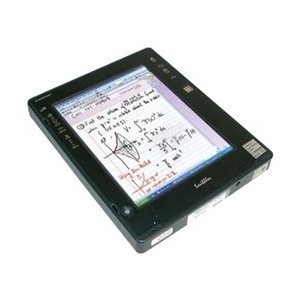 When coupled with the keyboard dock this unit was surprisingly effective. After a month of use I actually let my laptop go and started using the scribbler as my main machine. The cpu was not a rocket but it was good enough for most uses. The battery life was really outstanding and I could easily get through a day on a full charge. I also liked the little additions of a fingerprint reader and a high quality pen from Wacom. The handwriting was more natural than tablets today offer and I am really surprised we are not further along. This unit was very pricey but it worked really well and I used it heavily.

While the Scribbler was heavy and full sized the Fujitsu P1000/P2000 were the opposite. They were small, light and portable. Some would argue accurately that it was not a tablet but it certainly served the purpose of one with its touchscreen, stylus and diminutive size. Its specs were: 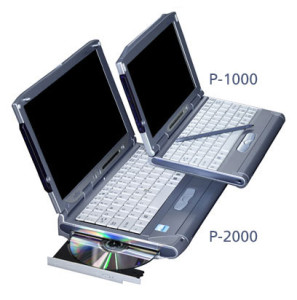 This series was more of a tablet with a keyboard than a laptop with a touchscreen. The lack of decent memory and heat kept this unit from being a winner. Battery life for the size was good and it performed better than the Toshiba Libretto, its main competitor. An impressive technical exercise but not quite usable as a daily computing device. The heat, cramped keyboard, and limited screen resolution were insurmountable.

When IBM brought out the X41 Tablet PC in 2005 we finally had a daily driver for a tablet. I was fortunate to get my hands on an early production unit while purchasing for a private school in Texas. This unit had a swiveling screen that allowed it to be used like a tablet or a laptop. It was rugged, reliable and despite its middling specs, fast. The units specs were: 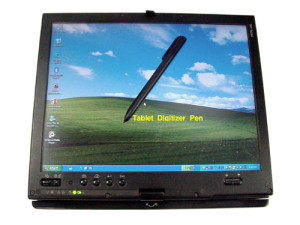 Other than being a convertible tablet this unit was a typical Thinkpad. It simply worked and it worked well as a primary laptop. If the hardware had been compatible with Windows 7 I think we might still own it today.

In addition to these listed I have also, for many years, installed touchscreen and tablet computers in many production environments. Some of these include schools, museums, hotels, convention centers, and corporate installations. Most of these devices would have worked just as well as many of the tablets discussed previously. Unfortunately manufacturers never chose to market them to consumers. Very advanced tablet designs were left to industrial and commercial applications. If they had been marketed correctly, see Apple, the tablet boom could have happened 10 years sooner. If you think about it, today’s tablets are simply netbooks without the keyboard.

I need to move on to this next section because now enter the modern tablets. I have owned and/or used quite a list of tablet devices the last couple of years. These include: 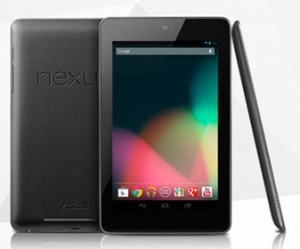 I have previously written a comparative review for some of these devices. That can be read here. For the purpose of this article I want to point out that all of these devices except the Kindle are fairly equal. Ironically the iPad barely keeps up because of some application limitations. Doing real work is simply harder on the iPad, this is why we ultimately sold it.

I have achieved a nice place with my collection of active devices. In the order of time (%) used on productivity computing (email, docs, chats, reading, research, media consumption), I would place them: 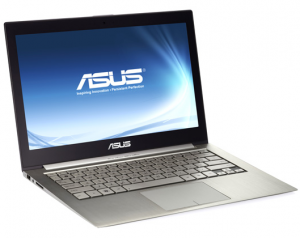 So as you can see, I am using a laptop for less than half of my work. At this point I rarely take my laptop to meetings or on trips. I will go days without using it at home. I am able to be 90% effective without a Windows machine. That is a really surprising result to me. Ultimately outside of my work requiring a working knowledge of all things Windows, I would not need a laptop. I am usually a little outside the norm but as I grow older I cannot imagine that continuing to be the case. I wonder just how worried folks at Microsoft are. The future does not look very bright for them.

The modern tablet is not that much different than the past generations of tablets. Sure they are more tightly designed and manufactured, but if you ever get a chance to hold an early Toshiba or Fujitsu tablet you will be stunned at the build quality. The reason for the lack of understanding is that today’s reality is driven by marketing machines and those machines do not care about the past. Hopefully as history is written the designers who truly invented the tablet will not be ignored and forgotten.